Why Are Wildfires Happening So Often? 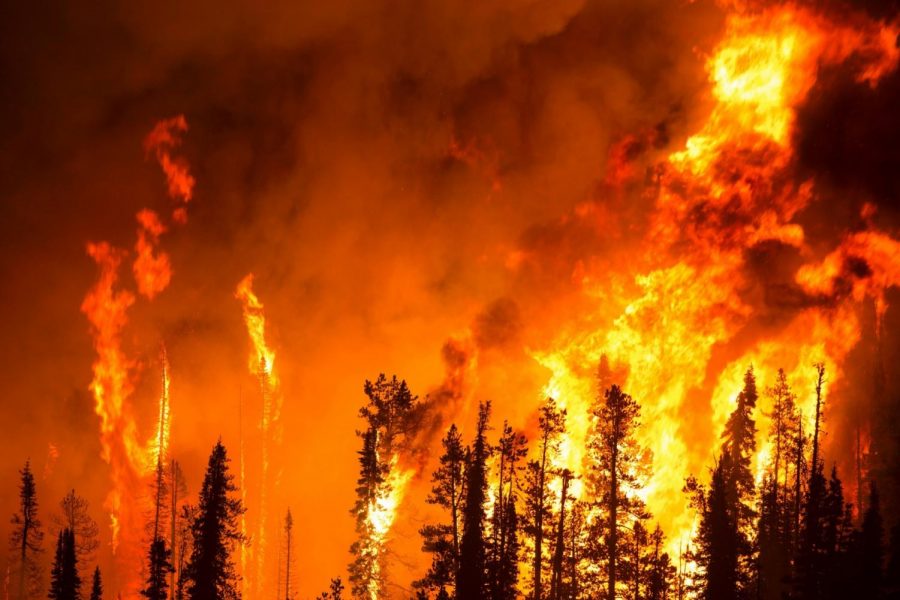 It seems as if almost the news outlets are constantly pushing out stories about California’s fast spreading wildfires. Most recently, on September 5th 2020, a gender reveal party was held in El Dorado Ranch Park. At 10:23 am, what Californian Officials call a “smoke-generating pyrotechnic device” used by the party-goers, sparked an ongoing forest fire, burning about 20,744 acres of forest. Jeffrey Burt, advisor of the  Sustainability Club, points out some of the effects from this particular fire: “The smoke was affecting our [global] atmosphere, and the haze was large enough to be visible in New York.”This is terrifying because the haze had a direct effect on our local climate. Temperatures lowered in NYS for about a week due to large amounts of blocked sunlight in the atmosphere. As more fires begin to spark, more of these butterfly effects are expected to occur.

If you think the recent El Dorado Ranch Park wildfire is a one time occurrence, unfortunately, you are wrong. Multiple fires are currently burning the State of California as you are currently reading this. These fires in California are just an expression of a larger issue at hand: climate change. Our global environment is in jeopardy, and in a lot more trouble than one might think.

Another large forest fire caused by a gender reveal party from 2017 is a prime example of those principles in effect. The Arizona fire burnt 46,991 acres of land, causing 8 million dollars in damages. These fires are not only costing millions in repairs, but money cannot buy back a destroyed environment. Mr. Burt also suggests that the fires implement a domino effect on our environment, because “It gets even more dry as trees are lost”.

These wildfires are becoming more frequent due to climate change and the lack of environmental recovery from the fires. Warmer temperatures notably dry out ecosystems and cause drought. Less moisture allows fewer amounts of water to be precipitated, and as stated before, previously existing fires aids a drought to become drier. Mr. Burt concludes that “This creates a drier environment and aids wildfires to burn larger distances and ultimately makes them harder to contain.” It also is notable that lower moisture levels can prevent plants and trees from growing, creating a huge problem for recovery as the climate becomes increasingly more and more dry. Will we ever be able to help our environment to fully recover from these damaging fires? Only time and an effort will tell.