“Women Belong in All the Places Decisions are Being Made”: The Legacy and Life of Ruth Bader Ginsburg 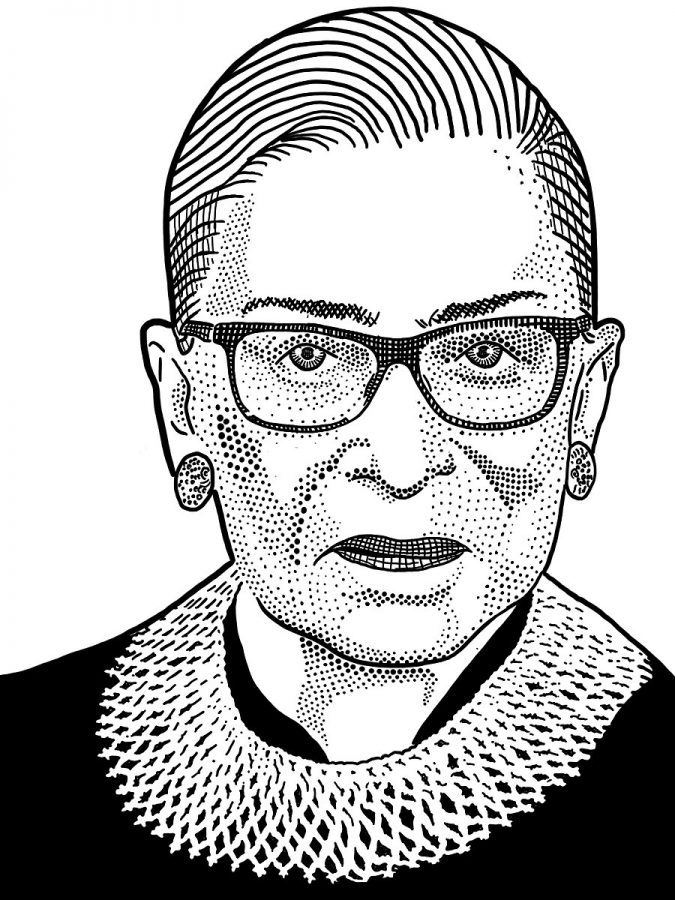 Whether it was through Instagram, a Newsday pop-up, or another news article, you definitely have heard of the passing of Ruth Bader Ginsburg, the second woman to become a Supreme Court Justice. If you haven’t had the opportunity to learn about her life’s work, or the many reasons her colleagues deemed her a “tireless and resolute champion of justice,” read on for a brief biographical synopsis of the woman whose death is making headlines across the internet today.

To start, Ruth Bader Ginsburg was actually born with the name Joan Ruth Bader on March 15th, 1933. She is a New York native like many of us, growing up in Brooklyn, where her mother worked diligently in a garment factory to provide for her family and Ruth’s brother’s college education. Celia Bader wasn’t only an economic breadwinner, but the largest role model in Ruth’s life, teaching her about the importance of independence and courage as a woman going through the world. These values shaped the foundation of the principles Ruth would later fight for in the Supreme Court, and she would carry her mother’s strength and determination with her throughout her life, although she died of cancer the day before Ruth’s high school graduation.

After high school, Ruth went on to Cornell University, earning her bachelor’s degree in Government and marrying her husband, Martin D. Ginsburg. She then attended Harvard University after a few gap years while her husband was serving in the military, and while raising her newborn baby, persevered through the struggles and harassment she faced as only one of eight other women in her graduating class of five hundred. Similar gender discrimination followed her throughout her various other careers, including her position in the Supreme Court after being appointed by Clinton in 1993, but she never let it derail her mission to fight for gender equality, LGBTQ+ rights, and the Affordable Care Act, known as Obamacare. She was described by many fellow judges as someone who upholded these landmark majority decisions in a poised, dignified manner.

While working relentlessly as a judge, she also battled multiple bouts of cancer, joking she was “here to stay” despite hospitalizations that left many concerned for her health. Although she bravely continued on for many years, continuing to stand up for others’ rights while grappling with her own physical challenges, she died on September 18th, 2020 from pancreatic cancer. Ruth Bader Ginsburg will forever be memorialized in U.S history as a warrior, both in her personal life and in the courtroom. Despite her passing, her legacy will continue to live on as an active example for the values both our own Quaker school and the U.S Supreme must live up to— stewardship, integrity, and equality for all.