Fight Against Global Warming Taken to the Sky 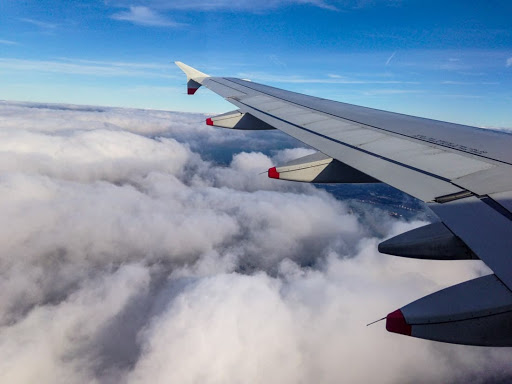 With climate change becoming a growing concern, many people and organizations around the world look for ways to combat the crisis. One of the obvious ways people think of to combat climate change is to lower carbon emissions from everyday technology such as cars. Many governments are already trying to figure out ways to make cars emission free by the year 2050. Some American politicians are not only focusing on obvious objects such as cars, but are looking towards the sky to lower emissions.

With nearly 1 billion people, and around 38.9 million flights (not accounting for freight and military operations) each year, aviation is bound to have a significant impact on global climate. Aviation accounts for 3.5% of all carbon emissions each year, and while that may not seem like a big number, the amount of carbon emissions from airplanes has grown 4-5% each year since 2010. Although aviation CO2 emissions may seem low now, the number may grow exponentially and be too high to ignore if we don’t do something to stop, or at least significantly lower carbon emissions from planes.

Julia Brownley, an American politician, saw this problem and knew that she had to do something about it. That’s why she recently introduced the Sustainable Aviation Fuel Act. The bill looks to create a clear path to reach net-zero emissions in the aviation sector by 2050. Annie Petsonk, of the international council for Environmental Defense said, “As airlines attempt to woo passengers back into the skies, they will need to put the climate challenge at the core of their recovery. Innovative, effective climate policy – like the Sustainable Aviation Fuel Act – can help the aviation industry embrace the real goal, climate-neutral flight. What makes this bill innovative is that the tax credit is keyed to the amount of climate benefit the fuels actually deliver. The bill encourages fuel developers to produce fuels that meet and beat international and US standards”. Not only will the bill drastically reduce carbon emissions, it will also create an incentive for the companies who will be creating the jet fuel of the future.

Fighting carbon emissions from airplanes is just one step in the right direction. Even though one major aspect of the climate crisis is being taken care of, it does not mean that we should let other causes of the crisis,  such as factory and car emissions go. If we don’t do more to fight climate change, all of this will have been for nothing.