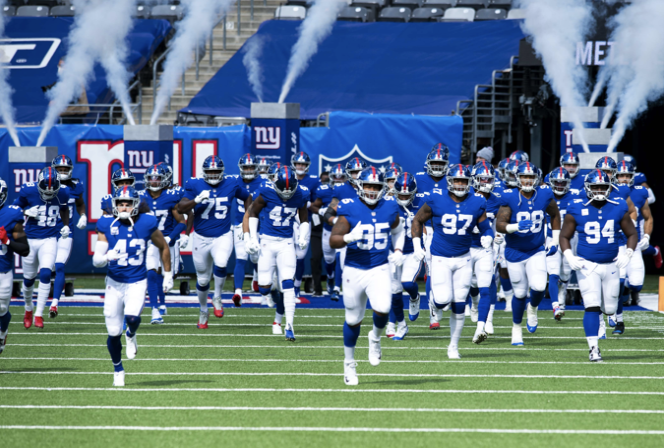 The New York Giants selected former Florida WR Kadarious Toney 20th in the 2021 NFL Draft. The wideout had an incredible season in 2020 leading the Gators offense with 70 catches, 984 yards, and 10 touchdowns. In addition, he had 19 carries, 161 yards, and 1 touchdown. He was voted second team All-American and was a finalist for the Paul Hornung Award (Most versatile player). The star wide receiver is 6’0, 193 lbs. He runs a 4.39 40 yard dash and has a 40 inch vertical leap.

This season, Toney was quiet the first 3 games. However, he started to break out against the Saints in week 4. He totaled 6 catches for 78 yards and forced 7 missed tackles. Toney had the highest yards after catch in the game and demonstrated his elusive skill set. Toney has a similar stutter to Devin Hester and has route running similar to former Giants star Odell Beckham Jr. In week 5, Toney lined up against the Cowboys, with wide receivers Sterling Shepard and Darius Slayton injured. Toney finished with a whopping 10 catches, 189 yards, and 1 ejection. Every time QB Daniel Jones needed a big play, he went to Toney. Toney was unguardable, and he showed off his incredible athleticism throughout the game. His first catch of the game was a contested 30 yard catch which got the Giants off to a hot start. Furthermore, he had 4 catches for 70 yards on Cowboys DPOY candidate Trevon Diggs. In week 6, Toney lined up against all pro cornerback Jalen Ramsey. He suffered an ankle injury 6 snaps into the game. Prior to his injury, Toney caught 3 passes for 36 yards and broke Rams cornerback Darious Williams’ ankles. Toney led the Giants to their only points of the first half during the game. It was clear the impact Toney had on the Giants. As soon as he was forced to exit the contest, the Giants lost their lead and ended up losing 38-3.

So far, Toney has demonstrated excellent footwork, acceleration, and catching ability. Compared to other receivers, Toney has shown why he is the better overall player. Toney’s biggest strength is his ability to create big plays and create yards after catch. At only 22 years old, Toney is demonstrating his threat as a wide receiver, and he is already being lined up against the top defenders in the league. To conclude, Kadarius Toney is the best wide receiver in the 2021 NFL draft class.