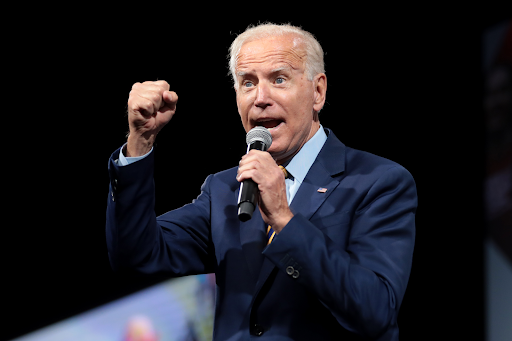 While millions of Americans continue to receive their first and second doses of the Covid-19 vaccine, the Covid-19 pandemic is still spreading and causing death in the US. Just this past week, the New York Times reported a 73,145 seven day new case average, as well as a 1220 seven day death average. Despite this death and affliction, businesses and large companies continue to function in huge numbers. This begs the question: How can we control Covid-19 outbreaks in the workforce, but specifically large companies?

In an attempt to address this question, Biden recently imposed a deadline for all private companies employing 100 or more workers to mandate their employees to get vaccinated starting on January 4th. Like many controversial laws enforced by the executive branch, Biden’s deadline was met with huge backlash. Of this backlash, many businesses, conservative states, and religious groups spoke out, arguing that Biden’s vaccine mandate is an abuse of executive power and unconstitutional.

In Louisiana, Biden’s mandate has already received legal backlash. A court panel in New Orleans, Louisiana, made up of Republican appointed judges, has temporarily suspended Biden’s mandate in response to lawsuits filed against the Biden administration by Republicans states and conservative businesses.

In fact, right here on the Friends Academy campus, students seemed to hold their own opinions on the controversial matter. Erica Schwartz, a senior at FA, argued that while widespread Covid-19 vaccination is incredibly important, Biden’s approach to the matter was incorrect. Instead of using his executive powers in the form of a vaccine mandate, Biden should focus more emphasis on educating the masses on the importance of vaccination so people can make their own decision, she said. Similarly, Vincenzo Fodera, a senior, shared a similar opinion that Biden’s vaccine mandate has a good intention, yet was enforced wrongly and uses too much presidential power.

Whether you think Biden’s vaccine mandate was appropriate and justified, or an unconstitutional abuse of executive power, the issue of the spread of Covid-19 among the workforce remains a problem, and is something the Biden administration will have to contend with in the following months.