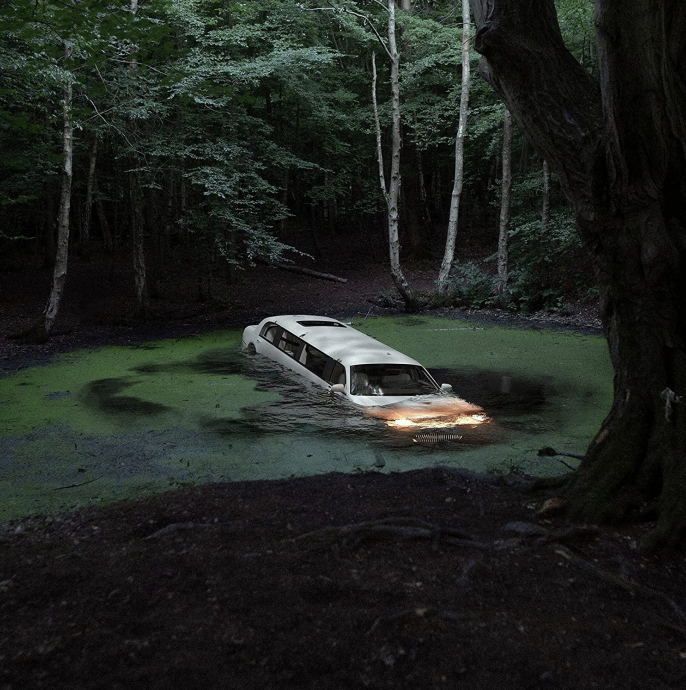 So 2021 is coming to a close, and all things considered, it’s been a pretty bonkers year for music. All your favs dropped – we got albums from Kanye, Adele, Tyler, Billie, Thugger, Lil Nas X, Doja Cat (that Silk Sonic though??). We saw Olivia Rodrigo drop her first album, Drake served up some mid, Kendrick finally came back, we got a song from Dwayne the Rock Johnson: it’s been a rollercoaster. But in a year where the biggest names in the industry have collectively gathered to dominate the charts, some incredible smaller talents have gone overlooked. So, I figured I’d pick up my trusty Inkwell Web-Editor pen that you get when you’re the Inkwell Web-Editor and use this immense platform to do some good in this bleak world, highlighting a couple albums from this year by some of my favorite new artists.

I have to disclose that the content of these albums might not align with our quaker mission, so don’t listen if you want to go to heaven. Also, I will not be including apple music links. Tough luck.

Sad Night Dynamite is doing it like nobody else right now. With only one album out that barely scrapes 30 minutes in length, they’ve already carved out such a distinct, unique sound, that, honestly? Yeah – It’s really weird.

Every song is a brand new, drunken descent into psychedelic delirium; a bleary window into the deranged minds of two British kids with FL Studio and alcohol.

The production is this indescribable cross-section of like 20 genres, juggling indie and hip-hop influences with a through line of addictive synths and funky guitar riffs reminiscent of western folk. Their use of inventive sampling and expressive background vocals results in a mix dense with character – the snappy flash of a camera leading into a chorus, the blaring of a phone call or wail of distant sirens overtaking the lead vocals certainly exemplify this. Swelling cacophonies of hyena-like laughter and ghastly screams lurk behind every corner of the beat. Each instrument feels like it’s constantly falling forward into the next, the momentum of the song itself spiraling into the kaleidoscopic, dreamlike storytelling of the vocals.

Seriously, I don’t know what they’re talking about, but getting lost in the music trying to piece together all the whimsically cryptic fairy tale scenarios they throw at you is half the fun. They’ll be talking about some nefarious, non-quakerly actions, you’ll tune out for a second and the moment you come back it goes “I was out by the sea one morning when a bird washed up in front of me. Seemed to say something about life and death. Just struck me as strange.”

I think I’d have a couple more questions, guess that is pretty wacky though. It’s this type of jarring, dynamic song structure that keeps you grounded in whatever wild reality this album creates – it’s really easy to get swept into the hypnotic soundscape, but just as you begin to find your footing, they’re onto the next idea.

It’s pretty silly, pretty funny, and pretty goofy, check it out. Also, if you have spotify, which, well, come on, the visuals on each of the songs are perfect, just needed to mention that.

If you’re still not sure, check out their single Psychedelic Views. It’s not on the album, but it’s the same vibe, and was my introduction to their music.

Now, I know what I said before about donating clout to small artists, but by no means does Little Simz have any shortage of success. She’s been in the game for years, accumulating over 3 million monthly listeners on Spotify. After the release of her third studio album in 2015, she was named by Kendrick Lamar as “the illest doing it right now,” which is more than can be said about myself. But for how perfect this new album is and for how little I see it talked about, I figured I’d clout her up anyway.

“Sometimes I Might Be Introvert” is an album about duality – the duality between introversion and societal expectation, between natural love and learned hate, the demanding pressure of fame and independence. It’s deeply sensitive and personal while being triumphantly bombastic, both in its acrobatic lyricism and grandiose instrumentation. There’s not an ounce of girlbossage spared here, and it’s honestly infectious.

There’s a lot that Simz has to say on this project, bouncing between empowering anthems, vivid, breezy imagery, insightful personal experiences, and powerful social commentary, all with an overarching sense of immense scale. Thematically, it all ties back to Simz’ struggles trying to maintain her freedom and stay true to her identity, both in her artistic voice and relationships, while navigating the spotlight of her career.

The diversity of sounds showcased both through Simz’s dynamic vocal range and the elaborate, symphonic production is staggering; whimsical, sometimes disney-esque interludes with sweeping orchestration, relentless drill tracks cut with icy 808s, retro synths that call back to 80’s funk, just to scratch the surface. The whole record is oozing with life, a vibrant energy pervading through the groovy bass licks, airy background vocals, and lush piano chords that comprise its foundation. I swear, she used the crispest drum set ever manufactured, every single snare hit and bass kick is a statement. I really don’t know how much harder I can sell this – just go outside, take a walk, breathe some oxygen, and listen to the album.

As for a starter song I’d recommend, just listen to the intro track Introvert, it’s everything I’ve tried to describe here and everything else this album accomplishes that I couldn’t find the words to quantify.

Unfortunately, and I do have to disclose this, Simz just ended up being too British for me to personally make it past the first few tracks- it quickly becomes clear that this aspect of her delivery isn’t being played for laughs, which is a painfully awkward realization for an unprepared listener. If you can manage to stomach this baffling choice, I’m sure there’s a lot to love here – I just couldn’t do it.

Okay, not to invalidate the other two picks at all, but my experience listening to this album was the reason I wrote this article in the first place. You gotta understand, writing is hard. It’s hard doing anything. I may make it look easy, but it’s rare that something inspires me this much to spend any energy on a Friday night at all, let alone voluntarily writing for school.

This album is only 9 tracks and 24 minutes, but on the first listen, I played it twice all the way through. It’s incredibly accessible, and profoundly moving within that runtime.

Mustafa’s voice, you will immediately notice, is enchanting. It’s gentle and tender, a soothing yet emotionally vivid cadence that perfectly conveys the chilling, repressed yearning at the heart of “When Smoke Rises”.

The instrumentation is similarly beautiful. The way Mustafa plays with silence in his arrangements, giving the song room to breathe by intentionally refraining where he could easily vocally embellish, adds an emotional magnitude to each lyric. The gorgeous piano accompaniment heightens the emotional content of each song, restlessly lingering in this tragic space between cautious hope and somber melancholy. The percussion is sparse but impactful, at times shrouding Mustafa’s passionate vocals in a thrumming, anthemic defiance, creating a tragic juxtaposition between his emotional repression and his oppressive reality. And that guitar. That specific guitar. Whichever one they used for this album. That one.

The lyrics are filled with this same impassioned restraint, a clarity that is at times comforting and at most other times heart-wrenchingly honest. Throughout each song, Mustafa paints equally tragic vignettes of his violence-wracked Toronto community: soulful requiems for his loved ones – victims of existentially inexplicable gun violence, lost memories, and fragments of childhood nostalgia permanently marred by the unshakable burden of the present.

The willingness to explore this grief that clearly continues to consume and torture his soul lends an almost sacred intimacy to the listening experience, as if you’ve joined him in reliving these memories for the first time; maybe, with the right words, you can see them clearly, reach out, change them, bring something back with you.

That yearning, that inconsolable longing for a distant loss to come back, somehow, to grab onto it and hold it as tight as you can and never let go – that’s what this album is.

If there’s anything you take away from this article, it should be this. Listen to this project.

As a good intro track, I implore you to check out the colors show version of Air Forces, it’s a beautiful live performance that showcases Mustafa’s incredible vocal talent while giving you a window into the emotional content of the album. It’s also on spotify!

So you read my article. Thanks. But if you don’t listen to anything here, I’m gonna be really sad.