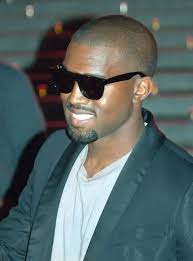 To take a stand against “oppressive” streaming platforms, Kanye recently announced on Instagram that his highly anticipated album, Donda 2, “will only be available on [his] own platform, the Stem Player. Not on Apple Amazon Spotify or YouTube … today artists get just 12% of the money the industry makes. It’s time to free music from this oppressive system. It’s time to take control and build our own”

Kanye’s Stem Player contains other exclusive features that can isolate and manipulate vocals, drums, bass, and samples. It also allows the addition of effects, loops, and alteration of pitch.

In a survey given to seventy-seven FA students, 61% approved of his commentary about the music industry. However, most students grew skeptical after learning stem players cost $200 each. One student commented, “I think he is just wording it nicely so that he can earn more money from people buying the product.”

Another said, “making your music only accessible to those who can afford to pay $200, which is an absurd price, in my opinion, is just not a sensitive move. Kanye is very fortunate and very wealthy, and I think charging his listeners so much is unfair”.

71.4% of FA students believe the price of the Stem Player is unreasonable. 58.4% are more inclined to pirate his music if they were a fan. This is no surprise, as digital piracy correlates with an unwillingness to pay for media.

Just as some FA students have reservations about Kanye’s original product, a majority of fans worldwide are outraged. Kanye responded with a follow-up post saying, “We set our own price for our art. Tech companies made music practically free so if you don’t do merch sneakers and tours you don’t eat.”

The same FA student saw the value in the Stem Player, saying, “Not only does it come with a new Kanye album, but the device itself really is revolutionary for producers and at least very novel for casual listeners.”

While there are mixed opinions regarding the impact and worth of the Stem Player, it seems that most FA students believe there is an inequitable cut for artists releasing music on streaming platforms. The divide at FA is strong, and only time will tell if the Stem Player will actually revolutionize the music industry.