Are the Duke Blue Devils the Best College Basketball Team in History? 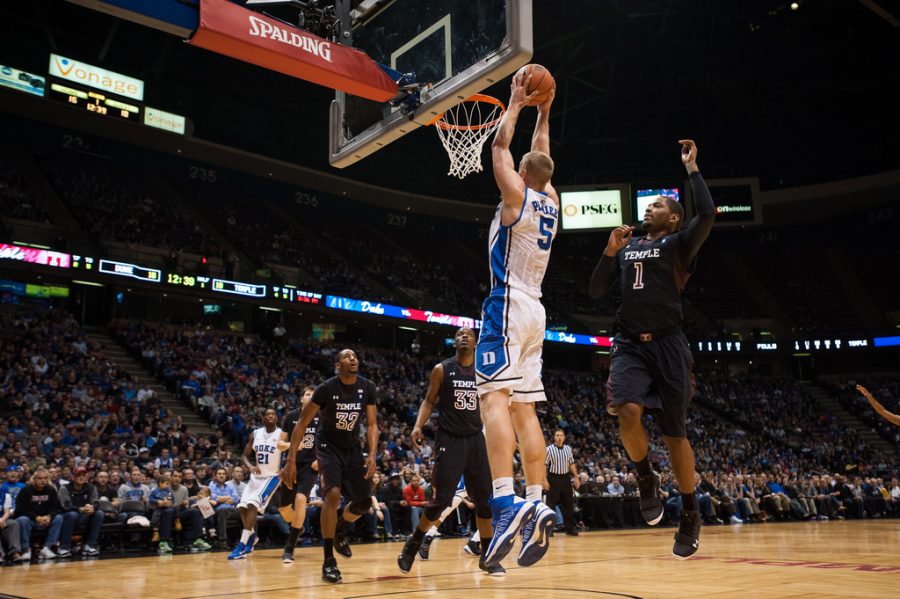 The long awaited college basketball season started off on Tuesday, November 7th. The night saw a number of primetime marquee matchups such as Duke vs Kentucky, Kansas vs Michigan State, and Ohio State vs Cincinnati. The world of college basketball was put on notice by the dominant play of the Duke Blue Devils.

Coming into the season, Duke was led by 4 freshman (Rj Barrett, Zion Williamson, Cam Reddish, and Tre Jones) all of whom were top 20 prospects in the nation. This recruiting class for Duke is expected to be one of the most dominant classes in recent history. Rj Barrett, Zion Williamson, and Cam Reddish are the top 3 prospects (ranked by ESPN) and are all expected to be drafted top 5 in the 2019 NBA draft.

Watching Duke face off against top ranked Kentucky, it was astonishing to see how much better Duke was than the Kentucky Wildcats. Duke ended up winning 118-84 while their  four top-ranked freshman combined for 89 points, which outscored the entire Kentucky team. The most jaw dropping part about the game was that Kentucky was actually ranked higher than Duke. Duke blew Kentucky out of the water in every aspect of play. The Blue Devils made Kentucky look like a JV Basketball team in front of the entire nation.

Some of the greatest college teams ever all have had future NBA stars on their team. One of them being the 2009-2010 Kentucky Wildcats with a roster containing John Wall, Demarcus Cousins, and Eric Bledsoe. Another college team commonly known as the greatest college basketball team ever would be “The Fab Five.” This team from University of Michigan saw all five  of their starters to go to the NBA. This included the talent of Jalen Rose, Chris Webber, Juwan Howard, Ray Jackson, and Jimmy King. The talent on all three of these teams is very similar.

Now for Duke’s three studs, they all have the potential to be NBA stars and maybe even hall of fame players, yes hall of fame! Rj Barrett broke the Duke record for most points scored by a freshman in their debut, scoring 33 points. He is an incredible athlete who can guard any position and can play any position. Rj can shoot it from anywhere on the floor and has the passing ability of a 6-foot Point Guard (in reality he is 6’7).

These two kids, Zion and Rj, both have the potential to be superstar NBA players, and as of right now, no college team can even match these two players.  Their abilities surpass those of a college player’s by far.

Obviously it’s hard to compare these three teams in terms of talent but the outlying factor that sets Duke apart is that all four of their star freshman have developed a bond and chemistry that is unparalleled to any other team. In High School, all four players developed close relationships with one another that has clearly carried onto the court. Watching them play it seems as if they have been playing with each other forever. They all play with a selflessness and with a noticeable competitive drive to win. Compared to the Fab Five team and the 2009/2010 Kentucky team, Duke’s willingness to play with each other surpasses those other teams. In terms of talent, the teams are similar (Duke might even have a bit more talent),but the chemistry the Duke team has developed infinitely increases the ceiling of the team.

The season is still very young and there is a lot of basketball left to be played. However, from the looks of the sheer talent on the Duke roster and the unmatched chemistry the team already has, this has the potential  to be one of the greatest teams in recent history.