How is Novak Djokovic Changing the History of Men’s Tennis? 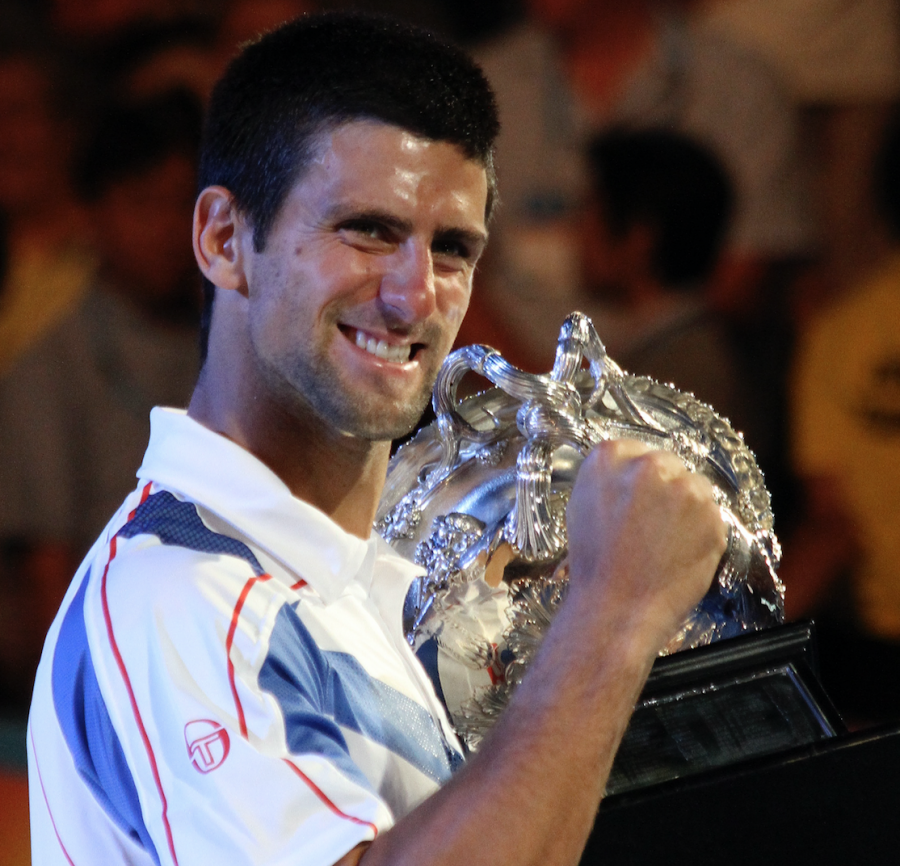 This past Sunday, January 27, Novak Djokovic won the Australian Open, an event among the four Grand Slams in tennis.  Ranked No. 1 in the world for men’s tennis, his undeniable, fierce consistency on the court has proved itself yet again in this Grand Slam, completely wiping Rafael Nadal, ranked no. 2, off the court in straight sets (6-3, 6-2, 6-3).

With this decisive win in Melbourne, the Serb surpassed his childhood idol Pete Sampras in Grand Slam titles, attaining his 15th Grand Slam. Djokovic grew up watching Sampras play, falling in love with his playing style, especially his big serve and one-handed backhand.  Although Novak and Sampras’ tennis careers never overlapped he has, and continues to, renovate tennis and Australian Open history.

Djokovic remarked in a interview with the New York Times on Sunday, “to surpass him with Grand Slam titles, I’m speechless.  I haven’t had too much time to contemplate on everything that has happened, but I’m planning to do that.”

Despite his great successes, the father and husband of thirty-one years old, Djokovic is beginning to realize the burdens of raising a family and playing professional tennis. As Djokovic had to travel to Melbourne without his wife and two children, he explains his newfound hardship with having to be away from his family for weeks,  “…nowadays it’s just more relevant for me to organize myself in life better, to manage to be very concise and concrete with what I do and what I plan to do, because I am a father and a husband. Right now it’s not only about tennis.”

When asked how he could possibly live with this unbelievable concept, Djokovic responded, “How do I live with that?  Just fine.”