A Glimpse into the FA Theater Department’s Newest Production 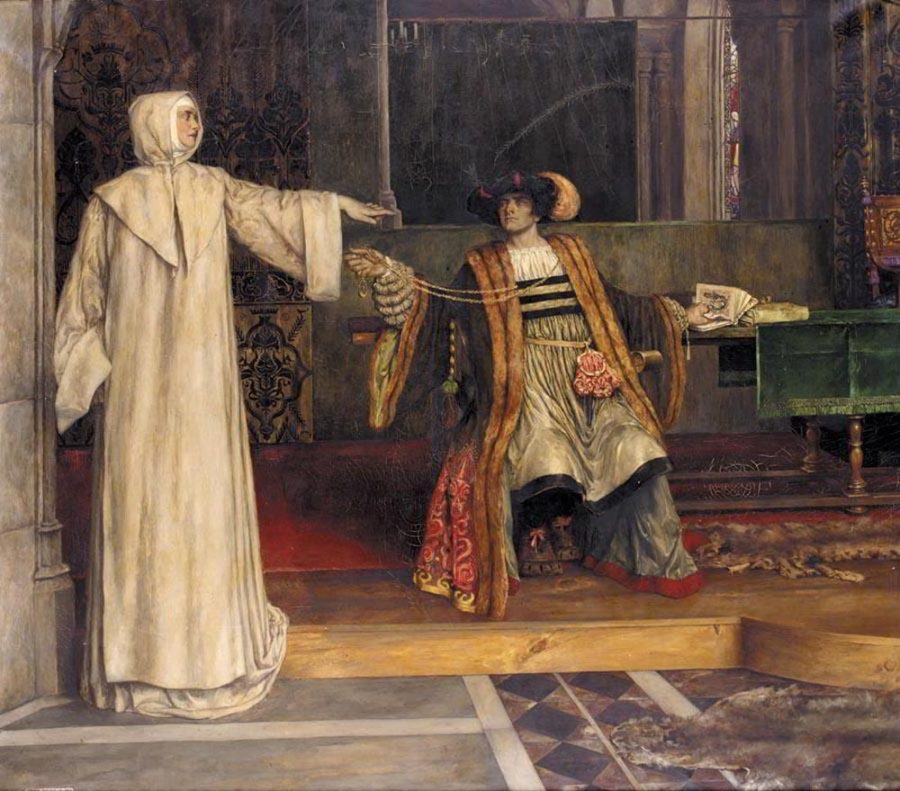 The Friends Academy Theater Department’s Upper School fall production is Measure for Measure, written by William Shakespeare, and directed by Andrew Geha. The production will have three runs including an upper school matinee on November 1st and two evening shows on November 1st and 2nd. The plot for Measure for Measure is based on the arrest of Claudio, played by senior Dylan Sklar. Claudio gets arrested for consummation before marriage with his fiance Juliet, played by junior Julie Fine. Angelo, played by senior Danny Dacosta, arrests Claudio while temporarily working in the Duke of Vienna’s position, while she’s on vacation. Little does Angelo know that the Duke, played by senior Madeline Scanlon, actually sticks around to watch what goes down while she’s gone. Claudio’s sister Isabella, played by Kyla Graham, is about to join a nunnery when she gets the news of her brother’s arrest and is doing everything she can to get him out of prison before he’s executed, with the help of the duke, who’s disguised as a nun.

Although Shakespeare can typically be labeled as hard to understand and even bland, this production does not conform to those standards. Friends Academy’s Measure for Measure will have a punk rock twist that focuses on self expressionism through amazing costumes and a whimsical set. Even though Measure for Measure is a play, a live band will also be accompanying the cast, as there will be a lot of singing, and of course dancing. The show also takes classical stories and adds a modern twist to them as aspects of feminism and the “Me Too” movement are woven into these storylines. The cast and crew have been working each afternoon to create another amazing show for the books and cannot wait to share this amazing production.