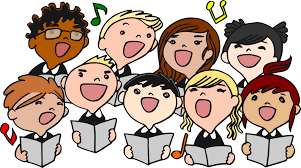 It’s 7:30 am, and the choir room is empty. The basement of the Dolan Center is quiet except for the occasional wisp of a voice drifting down from the atrium or the commons. This seems reasonable, right? School doesn’t start until 8:05, so the tenth grade won’t begin to gather down here for at least twenty more minutes. However, for years, the choir room at this time would be enveloped with the warm sound of young voices finding new harmonies, blending into a musical greeting to the new day.

Those were the voices of morning choir, the chorus class that met before school a few times a week for about fifteen years. It used to be the only choir option other than freshman chorus, so anybody who liked to sing, and could make it in the morning, was a member of morning choir. Some traditions of the choir were singing Christmas carols outside the Meeting for Worship before break, entertaining at the Senior Citizen Prom, and performing Omnia Sol with alumni at graduation.

This year, morning choir is no longer a class. Instead, there is one choir that meets during half of A block. There will also be a chamber choir for more advanced singers, available to the students who already participate in A block choir. So why did this happen?

To understand why it was taken away, it is important to understand the reason it was started in the first place. At the time of the choir’s conception, a lot of kids struggled to fit both choir and other arts in their schedules. Ms. Foster explained that “it happened when we had a schedule change […] before that we had something called a G and H block where all the music classes were in either a G or an H block- similar to our A block. Then we had a schedule change to the current upper school schedule and in the first year, Mrs. Regelmann [the old chorus teacher] was having difficulty getting kids in the class, so she moved it to Z block.” When I asked her if this approach was effective, however, Ms. Foster replied that it was inconclusive but attendance actually dropped significantly.

The department could not ascertain the root causes of the attendance drop because of the coinciding schedule change though, so the choir was not switched back to the daytime immediately. Ms. Foster explained that “not every student, but a significant number of students” regularly skipped or showed up late and she found that this was because “it was not at a time of day where people could treat it like a regular class.” The goal is a “more consistent program with more consistent attendance.” Mrs. Regelmann also wanted to move the program back to the school day, and suggested that the switch occur the year after her retirement.

Low attendance was not the only reason for the change, however. Both Ms. Foster and Ms. Backley felt that only having a choir program outside of the school day was unfair, and contradicted our Quaker principles. Ms. Backley said, “As soon as I interviewed at the school, my first thought was why is the only vocal program for upper school students before the school day? That felt inequitable to me.” Originally, when Ms. Foster noticed the problem, she introduced the A-block choir, more commonly called Freshman Choir. Despite its name, this choir was open to any grade, even though a majority of freshman and a few sophomores participated.

Unfortunately, Freshman Choir had a few drawbacks of its own. According to various students acquainted with the choir program of years past, the majority of freshmen who took the class did so to check off an arts credit, not because of a genuine interest in singing. Also, Ms. Backley thought it unfair to put all of the more inexperienced, developing voices alone, without the added guidance and confidence of stronger singers.

The new choir that meets during the day addresses both the problems of attendance and balanced sound. Ms. Foster said, “change doesn’t always feel good, but the attendance numbers were very compelling evidence that we were making the right decision, even if some people didn’t like the change.”

However, for some, morning choir was a very important part of their day. One student, who started in morning choir with Mrs. Regelmann, called morning choir “a safe haven and a wonderful way to start the day” and said that “everyone is very upset about it” because they “thought they were going to continue with both.” The change was only announced at the beginning of this year, so several people signed up for a nonexistent choir on their schedule cards last year. At the end of last year, one teacher even specifically stated that morning choir would be maintained for at least the next year, making the change very unexpected.

Some of the problems associated with the previous choirs are also not addressed by this change. According to the student, “day choir is still fun and the teacher is very enthusiastic, but because the group is smaller and it’s not accessible to more people, it’s not as good as it was before.” Not only has the quality slightly decreased, but “there was something a lot friendlier about the environment and there was a lot more excitement surrounding it. Now it seems like a lot of people doing it now are taking it for the arts credit.” This use of choir just to complete an arts credit and not taking the class seriously is disappointing to the students who genuinely want to sing.

To remedy this problem, a chamber choir in the morning will be introduced next semester, similar to the chamber choir that was discontinued last year. This choir will be open to A-block choir students, but not other students. One compromise made is the option to have a once-weekly morning choir and trade that class for one A-block free. Quaker Singers also started again on December 12th, a Thursday choir for all members of our community: students from all divisions, parents, faculty, and anyone else from the FA community.

In the end, everybody just wants the choir to be equitable. Ms. Backley said that “I know a lot of people are mad at me. I wish they weren’t mad at me because honestly I see it as an equity issue. I did make some compromises to make it a little less jarring. I am happy with the people there and I’m sad to lose [the others].” Ms. Foster agrees that it’s an equity issue, saying, “I’m hopeful that here at Friends Academy we are looking for the larger good. Our primary choir should be open to all Upper School Students.” However, a current choir student argues that “I feel as though this is inequitable in a different way. Some people can’t take it because of the classes they’re taking, and that takes something that they love to do.”

There may never be an ideal way to balance academics, arts, athletics, and everything else. Eventually, people will become used to this change, whether they find it fair or not, because this is the way the choir program is now. Everybody in the department is doing their best to make the arts as accessible as possible to all students, but it can never be perfect.