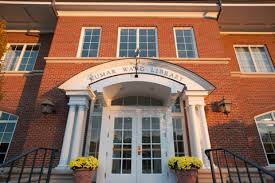 At the dawn of the cosmos, when existence itself was born, so too were the ever warring forces of Harmony and Chaos. The clashing of these two constant truths carved out the Earth as we know it. The Kumar Wang Library was Harmony’s most cherished creation, a model of order and peace, which she filled with her most loyal and pure servants; the Juniors and the virtuous Seniors, perfect reflections of her grace. She hid her creation from Chaos, knowing he’d tarnish her prized object of perfection.

Eventually, the malignant Chaos found her Library, and unleashed an apocalypse of animosity upon it, corrupting Harmony’s beloved sanctuary of holiness with his putrid touch. Atop it he formed two new floors which he flooded with an army of his most vile servants, the arrogant Sophomores and the repulsive Freshmen, made to bring disorder and blight to Harmony’s most sacred sanctum of peace. They were immediately obliterated by the mighty Seniors and Juniors who channeled the holy light to smite them. The next day, the Freshmen and Sophomores discovered carved into the wall of the second level, their floor, a message that would be immortalized as a warning, told through generations to dissuade eager Freshman from confronting the almighty Seniors:

When a senior asketh, giveth a freshman always should.

But if a young freshman made a glorious stand, could he combat the senior’s raging ire?

Could the innocent freshman a fight they so demand, douse the righteous senior’s roaring fire?

If the ignorant freshman emerged in the ruthless senior’s land, what bloody carnage would transpire?

Surely this foolish freshman had before heard, the violence and bloodshed that had before occurred?

But even if this noble freshman could,

I settled down in the junior corner at the beginning of the PE block and began working on studying for math. As those who had PE dispersed, new juniors filed into the surrounding chairs and assumed discussion and such as normal, mostly paying no attention to me in particular. I even got some positive reinforcement for my daring invasion from a couple juniors. I received some looks from juniors, but none that were outwardly aggressive. I was a little on edge the whole time, as the amount of people seemingly wanting to get in on the conversation happening next to me was increasing by the minute, but I witnessed an interesting thing happening.

My brother, a junior himself, had (among others) hammered into my mind the supreme importance of this unspoken rule since the dawn of my freshman year, and so, although I was always skeptical of the supposed magnitude of this so called law, I hadn’t dared to go down there myself until today.

And what I found in the 40 minutes I spent among the ranks of the juniors was astonishingly similar to what I had expected to happen deep down all along despite all of the harrowing tales I’d been told of the many dangers of infiltrating their ranks: a normal forty minutes spent on a cushioned seat. In fact, something baffling and unprecedented took place before my eyes, juniors instinctively squished together on the windowsill beside me instead of demanding I give up my chair to the all-powerful upperclassmen. This fascinated me, however, I knew I had yet to go all the way.

Even with the crushing adversity a freshman is bound to face among the juniors, I’d yet to fully explore the depths of the class based division present in our community, ingrained into our school’s culture, a culture that is exemplified by the segregation in the Kumar Wang Library itself. Nothing compares to the unhinged hatred raging through the heart of the alpha senior toward the worthless freshman scum.

Come next Friday’s PE block, I was a little jumpy. My heart was racing as I sped down the stairs from English class, knowing I had to get there early if I wanted to have any chance of establishing my own territory before it was claimed by the vicious seniors. But, of course, it was bustling with seniors, exploding with the sounds of their endless banter. There, I made the decision to scope them out passively from what I considered neutral territory between the juniors and seniors, waiting until I had an opening.

Nothing came of that. When one left, two more came instantly to take the place, and I certainly wasn’t going in there to see if there was an open seat. But something came to me. Someone came to me. “Mark Jennings!?!?” A savage senior charged me right then and there, hatred burning in their eyes. This was the hard hitting journalism I was looking for, an authentic encounter with a feral senior out for blood! I set down The Odyssey, which I had been not reading for the past 15 minutes, took out my earbuds which were not playing music, looked up and said “Huh?” I was blasted for my insolent behavior. This senior instantly went for the head, “You can’t be down here!”  She was in disbelief. I simply asked “Why?” She was stunned. She laughed as if waiting for the punchline, but I was sticking to my guns. “Don’t you know the rule?” She said. I said “Which one is that?” “Only seniors and juniors can sit down here, what are you doing here?” I, calm, cool, calculated, composed, fired back with another simple question, “Well if this is such a universal law, how come you’ve been the only one to confront me about it?” This one had her for a moment. I was curious myself. She said something interesting, something I had never considered, which is that it’s because they knew me, and that other people might not be as comfortable approaching some random kid.

This was a fascinating development, but I knew I wasn’t done yet. On the last day before break, no matter what, I would enter the senior’s nest and complete my journey.

That day, that last, fateful day before we could feel freedom’s sweet embrace, I was surging with confidence. I had written my will, purchased a custom casket, and I had nothing to lose. I would come out of that corner either a battered man with a new, real story to tell and a more jaded perspective on life, or be made a martyr, a legend for future generations of my kind. I took a seat at their table, right across from a fellow Inkwell member, someone who understood my motives. We exchanged a knowing look, and my final trial began.

As it hit 9:25, seniors started flooding in from their B block classes. By 9:30 I had received some glances, but people found their own seats without much trouble, so pther than being mistaken for a middle schooler who was probably supposed to be in class, I was left alone. This was not enough for me. I delved further into the depths of their den, sinking into their precious, plush couches, and was met with more questioning stares. People were clearly talking about me, pointing at me as if to say “Get a load of this kid! The nerve!” I had a couple conversations with some acquaintances of mine along the lines of “Mark, what are you doing here?” But nobody bothered telling me my presence was not okay. I kept on waiting to be told off, made to leave, or for their forces to rally together against my impudence, but by 10:00 commerce had all but come to a halt, and I was still alive. Few seniors remained, and the last ones were beginning to depart. My work there was done.

I guess you could say that I triumphed in my investigation, but as I left that corner, there wasn’t really a firm conclusion I came to. I mean, nothing really happened to me. Maybe I just wasn’t there on a busy day, or maybe if there were different seniors there, something different would’ve happened? After all, who can truly foresee the wrath I’d face by a senior’s hand if they willed destruction upon me?

Even the time I was confronted in neutral territory isn’t that groundbreaking considering I knew the culprit, so it wasn’t totally out of left field that she felt fine approaching me about it. In fact, every single person who directly asked me what I was doing, was an acquaintance of mine.

But other people were talking about me. I had been told by many upperclassmen that my investigation had stirred up a lot of complaints among their circles, discussions about the entitlement and disrespect of the freshmen and sophomores. And admittedly, my investigation was totally blasphemous! Not because I did anything morally terrible, but because I betrayed the status quo. It’s not my sitting down in different areas that itself is seen as the problem, it’s the principle of me doing something despite me knowing there’s a social expectation for me to understand it’s not acceptable.

I did this article in the first place because I was curious if the rule was a real thing everyone cares about, and the answer I’ve come to is a resounding…“kinda”. I don’t think the majority of people are passionate about this rule and really believe it keeps peace and justice. People just accept that it exists because they don’t care enough about it either way and are used to living in a world where it’s a constant, so someone breaking the rule is naturally surprising and confusing. As for me, I just want to be able to sit on a comfy couch and procrastinate, instead of the chairs upstairs.