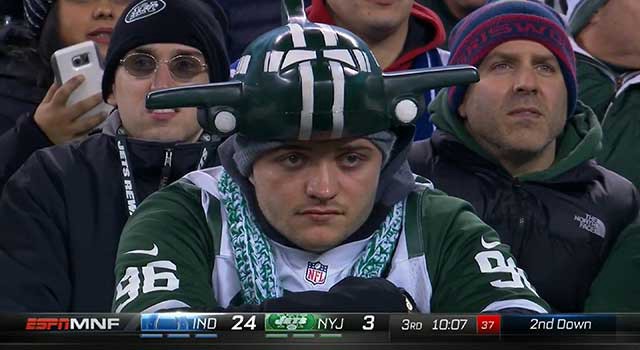 As we rang in the new year and new decade with happiness and joy, most New York sports fans found themselves praying for a better decade of sports. To simply put it, the past decade of sports for New York fans was both embarrassing and a failure. Within this article, we will analyze the three major professional sports (NBA, MLB, NFL) and the New York teams’ successes within these categories.

New York basketball is for sure the most disappointing aspect of New York sports. Both the New York Knicks and the Brooklyn Nets have given their fans nothing but low expectations and sad moments for as long as they can remember. The Knicks and Nets last NBA championships were 1973 and 1976, respectively. For the Knicks, an even more embarrassing statistic than this 40 year drought is their net worth. Despite consecutively being the most valuable franchise, valued at over four billion dollars, the Knicks have failed to find the right front office to put their money to good use. Moreover, the Knicks have found themselves being constantly plagued with bad draft positions despite finishing with a horrible record every season. On the other hand, the Nets, who just signed two superstars to max-deal contracts, are making their way towards success. While the Knicks future looms with more disappointment, Nets fans have more reasons to be optimistic in the new decade.

New York baseball was definitely disappointing for both Mets and Yankees fans this decade. On one hand, the Mets made their first World Series appearance in over 10 years in 2015. However, after an incredible run in the playoffs, the Mets bullpen failed to show up as they were walloped in five games by the Kansas City Royals. The Mets have still failed to win a World Series since 1986, marking one of the longest droughts presently in Major League Baseball. The Mets have been plagued with unfortunate injury sequences, such as their star player Yoenis Cespedes who has now been sidelined for almost two seasons after an encounter with a Wild Boar (you really can’t make this stuff up!) The Yankees, baseball’s winningest team, also failed to win a World Series this decade. Just a few weeks ago, the Yankees bolstered their potential for the next decade as they signed All-Star pitcher, Gerrit Cole, to a record-breaking 324 million dollar contract.

Besides the one year of joy in 2012 for Giants fans, all three New York football teams have endured suffering throughout the decade. The Giants started the decade hot, winning two super bowls in four years, and eventually spiraled down to a consistently bad team that commonly saw head coach and front office changes. It has been 24 years since the Buffalo Bills have won a playoff game. Moreover, after losing four superbowls in a row in the 1990s, Bills fans have never experienced the excitement of a championship being brought back to Buffalo. The New York Jets, who started off the decade with an AFC Championship appearance, have yet to appear in the playoffs since 2010. This is the third longest active playoff drought in the NFL. The Jets have seen multitudes of quarterback changes, head coach changes, General Manager changes, and much more turnover. Despite annual efforts to rebuild, the Jets have been nothing less than pathetic and a let down to their fans year after year. With the Bills making the playoffs this year, their stock rises in the AFC East, giving Bills fans mere hope for this next decade. The Giants just hired Joe Judge as their new head coach, whom Giants fans will place trust into for the next few years to hopefully experience success. For the Jets, however, young quarterback Sam Darnold seems to be the only possibility to pull the Jets out of what seems to be inevitable and unavoidable misery.