The Continuing Hurdles of The 737 (MAX) 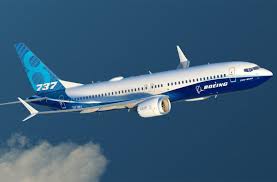 The Boeing 737 (MAX), is unquestionably the world’s most dangerous airplane in the skies. After the crashes of Lion Air flight 610 and Ethiopian flight 302, the FAA (Federal Aviation Administration) has grounded the jets for further investigation. Many airlines have the 737 (MAX) on order, such as American Airlines which has 72 ordered. It is just the unanswered question as to when the planes will return to the skies.

Dennis Muilenberg, the Boeing CEO was fired in December. He was fired over the ongoing issues of the 737 (MAX), along with the lack of clarity as some disturbing disclosed documents were released the day of his departure. The FAA claimed that the documents are related to the uneasiness that workers are feeling related to the plane.

Many people are clueless of the intense rivalry between Boeing and Airbus. When one company comes out with a new aircraft, the opposite company feels like they have to top that. Airbus just released their new upgrade to some of their planes including the, A321, A320, A319 and the A330.This upgrade is their new (NEO), otherwise known as “New Engine Option”. This engine upgrade is already in service and it comes with some helpful new benefits. Featuring Airbus’s signature sharklet wingtip, the new engine option comes with 20% fuel efficiency. This makes the planes environmentally friendly. Another benefit is that the plane will go farther distances, up to 500 NM (nautical miles) more than the original. Clearly, one can see that Boeing thought they had to catch up to Airbus with a new generational aircraft of their own.

Boeing’s conclusion was the 737 (MAX). The new (MAX) upgrade also features an engine enhancement. They plan to upgrade their 737-8, 737-9, and a new 737-10. To successfully go through with the product they have to install bigger engines below the wings. Boeing’s planes are naturally lower down to the ground than Airbus’s. This makes it easy for Airbus to install a bigger engine under their planes. Boeing came to the solution that they would put the engine slightly above the wing to fit it. However, when the plane was gaining altitude and pitching upwards, the plane would suddenly jerked up and into a stall. Of course, Boeing thought they had a reasonable solution for this. They installed sensors and a new software system on the nose of the plane called (MCAS), or (Maneuvering Characteristics Augmentation System). This new software would force the elevator on the tail down if the plane was pitching up too much. This software system played a big role in the crashes. The plane pitched up and down several times involuntarily until it plunged downwards. Boeing still has a lot of catching up to do to try to compete with their rival Airbus. This may include a new software system, or maybe a rework of the aircraft. Boeing has vowed that when the 737 (MAX) returns to the skies, it’ll be the safest plane around.

In early December, Boeing halted its production of the 737 (MAX). All around the world, especially at Boeing’s major facilities, there are problems with employees losing their jobs. The assembly line closed very abruptly, leaving workers without jobs and pay.  digging Boeing into a bigger hole. Their stock prices have dropped a reasonable amount since the assembly line was stopped. The suspension of the 737 (MAX) has left a shockwave around the world and has left people hoping for a better outcome.